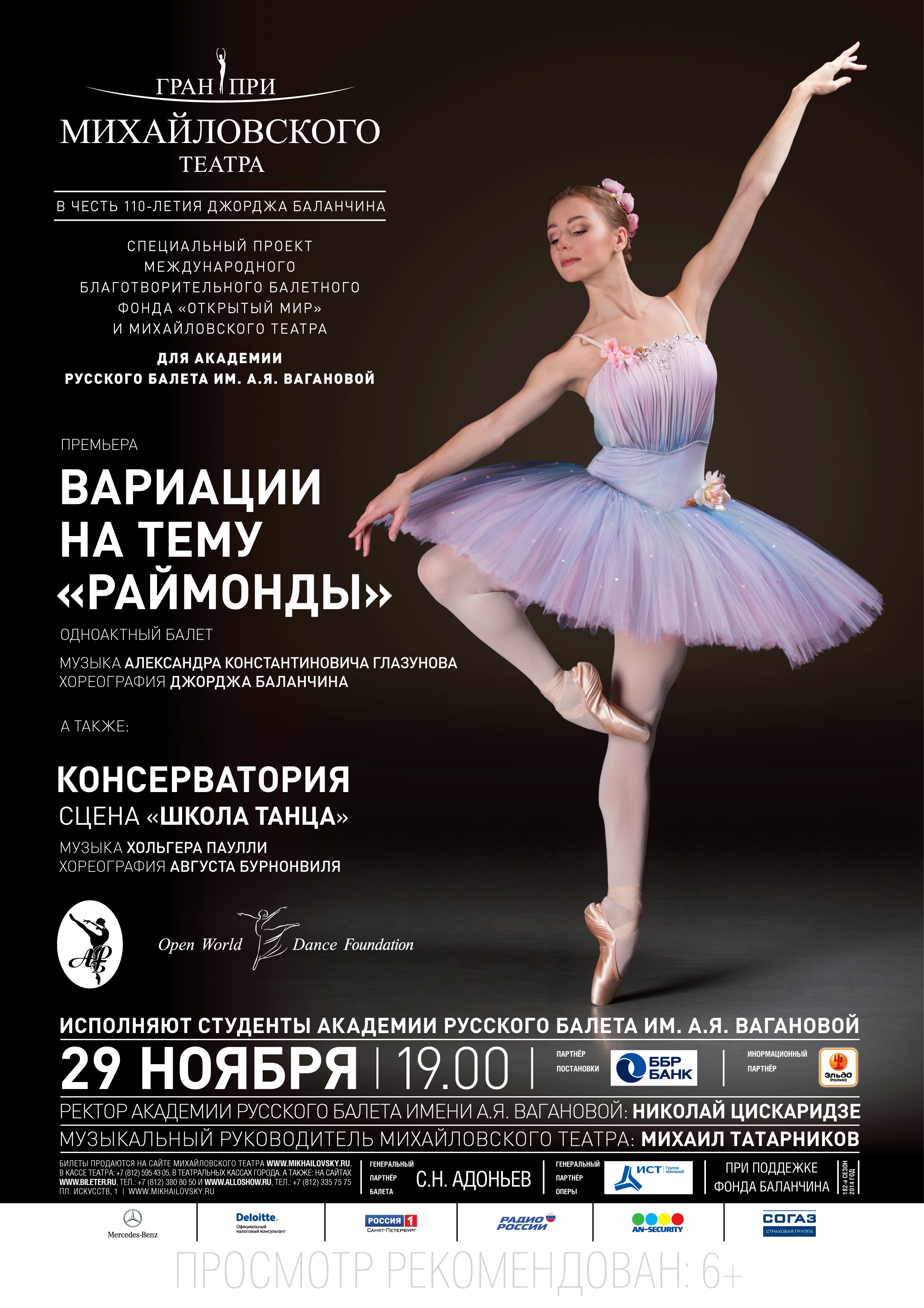 WE BROUGHT BALANCHINE’S MASTERPIECE, RAYMONDA, TO OUR ALMA MATER – A HISTORIC FIRST!*

*For more media on this Balanchine exchange, visit our OWDF in the Media Page.

George Balanchine, known as the father of American Ballet, graduated from the school now known as Vaganova Academy. Thanks to the idea and initiative of Ekaterina Shchelkanova and the efforts of Open World Dance Foundation and its friends, the Balanchine Trust set Balanchine’s “Raymonda Variations” on students of Vaganova Academy this fall. This hallmark event occurred on November 29, 2014 at Mikhailovsky Theatre. We thank The Mikhailovsky Theatre and The George Balanchine Trust for supporting our idea to bring this landmark performance to George Balanchine’s alma mater – Vaganova Academy of St. Petersburg, Russia. See this video celebrating the event and pictures of Open World Dance Foundation’s Rehearsals with Vaganova students.

It began with a dream by Ekaterina. First, the performance rights had to be obtained from the Balanchine Trust. The Foundation arranged for repetiteur Darla Hoover to travel to St. Petersburg. Extensive effort was involved in coordinating with the Vaganova Academy and with the venue, Mikhailovsky Theatre.

For the weeks leading up to the performance, students received instruction on the unique qualities of Balanchine’s choreography and rehearsed many hours with support from Open World Dance Foundation founders, Ekaterina Shchelkanova and Anton Boytsov, who trained in these same rooms when they were at the academy.

Being part of this premier performance of Balanchine’s choreography was an amazing gift for the students and for the academy.

The result was as magical as Balanchine’s Raymonda, which was performed at the Mikhailovsky Theatre!